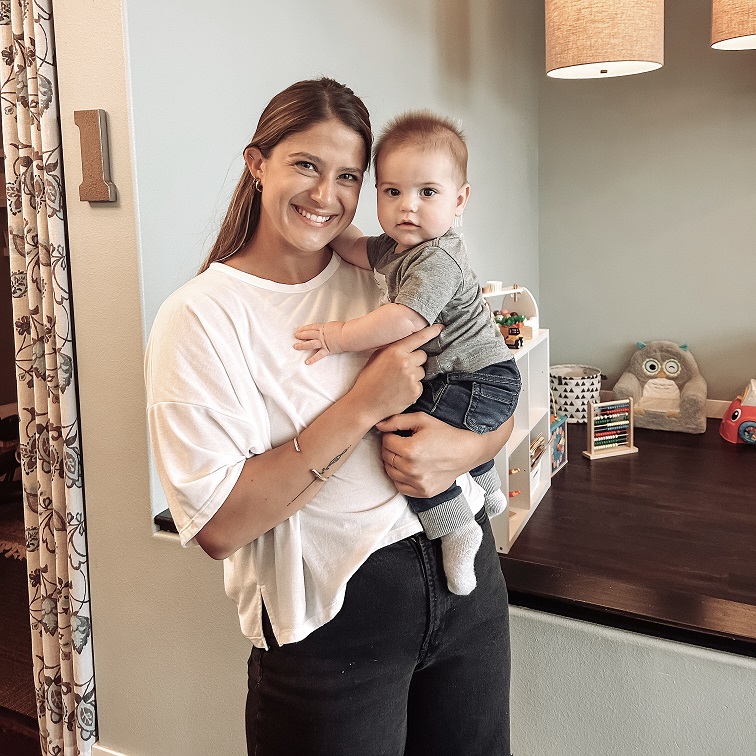 The first 3 weeks of Bo’s life were really hard. He was super colicky and inconsolable; he was crying ALL THE TIME. His neck was stuck to the left and he was starting to get a flat spot on the back side of his head because of it. He also wasn’t nursing great because he was so uncomfortable when he would lay on his right side. He had acid reflux that was causing him to spit up quite a bit. He was very stiff, rigid and would always arch his back; no one besides me could even hold him. You could tell just by looking at him how uncomfortable he felt.

I took him to the pediatrician and they told me he would eventually “grow out of it,” they said colic and acid reflux was “normal.” As a first time mom, I felt very helpless and defeated, my baby was crying all the time and I felt like there was nothing I could do to bring him comfort. “He has colic and he will grow out of it” was not a good enough explanation for me. I had a gut feeling something wasn’t right and I knew we had to try something else.

He was 3 weeks old when we brought him to CLC. Bringing him here gave us ANSWERS as to what was going on in his body as a whole. Our first appointment gave me so much HOPE my baby boy was going to find relief. CLC gave us a more holistic approach and a plan to actually help him feel better. Once we started getting him adjusted, we saw improvements almost immediately. Within 1 week of care, Bo was much more manageable and by about week 3 he was a completely different baby! He’s now turning his head to both sides and the flat spot that was developing on the back side of his head has completely rounded back out; his head is so symmetrical now! The acid reflux is resolved and he has stopped spitting up. He is sleeping and nursing so much better. He also started SMILING. You can tell he overall is feeling so much better and is a lot more comfortable. My husband and other family members are able to hold him now because he has stopped arching his back and is able to move more freely!

Before coming to CLC, I had no idea how much stress babies go through during the birthing process. It has been such a positive learning experience for me. Parents aren’t told any of this before hand in the traditional medical field. His birth was very traumatic, they had to use forceps to get him out, but I still had no idea how much his little spine and nervous system were affected by that until we came here and had the neurological scans done on Bo. It was eye opening. There was SO MUCH stress on his little nervous system, but it gave me hope because we finally found answers and knew there was something we could do to help him now. Over the course of care we have seen SO MUCH improvement not only from a symptom standpoint, but also tremendous progress on the neurological scans that map out FUNCTION. We have learned so much about how to optimize Bo’s growth and development from the doctors at CLC. I know keeping his nervous system in check will help him work through milestones and leaps with ease. We don’t even see sleep regressions when he goes through a leap! Bo is THRIVING now and we couldn’t be happier!