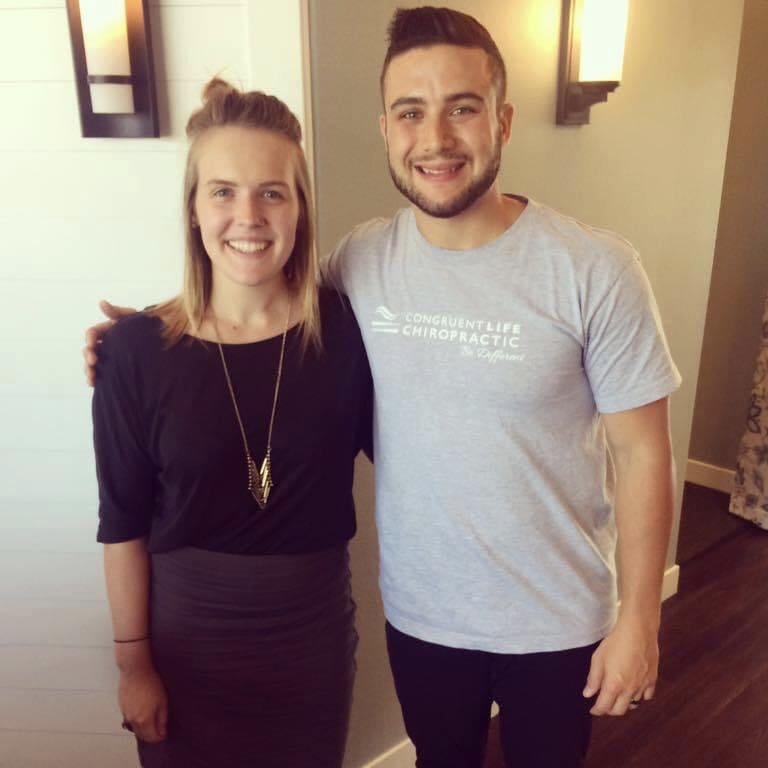 “I started chiropractic care in June 2016 because I had chronic migraines and hoped it would help lessen them. My migraines started at age 15 and worsened as I got older, with no real reason that a doctor could give me. At its peak, I was seeing a doctor at least 1x/month to get a shot of tylenol/benadryl to help a migraine go away, because it wouldn’t on its own. This was in addition to taking a daily preventative medication and another prescription for when I got a “breakthrough” migraine. I spent a lot of time in bed, in silence, with the lights off. It affected my life by making me miss school/classes, many activities with friends, and work shifts. When I did get out of bed, I was miserable and very irritable. After a few months of chiropractic care, I stopped getting migraines, and now it’s rare that I even get a headache. I never imagined it would improve this much!

Originally I just sought care for migraines, but I then realized there was SO MUCH MORE that CLC could and did help me with. Shortly before I started care, I had also seen a general practitioner for my anxiety, OCD, and nervous ticks. The doctor asked me what I knew about anti-depressants and suggested that it was the best option for me. I proceeded to take anti-depressants for a few months, which made me irritable, dull, everything was hazy, and I seemed to be indifferent or unhappy about everything. I was not in a good place. After 1 month of care, I slowly took myself off the medication and noticed significant improvement.

I also took a daily medication for UTI’s, which I got at least 1x/month. I didn’t think anything of this, since I had been getting them since I was a baby. The doctor simply blamed it on genetics. As the first month of care went by, I realized that I hadn’t gotten a UTI. I haven’t had one since, and I definitely don’t take a prescription for it anymore! I’m excited to say that I’m now off ALL medications.

It’s hard to even remember what my life was like before chiropractic care! Telling my story has made me realize that I can’t even imagine going back to how I was. I asked my fiance how he thinks chiropractic has helped me. He explained that I’m much more outgoing, energetic, and active. He described a time when I was constantly stressed out, had no hope of getting better, and was always pessimistic. I was unable to live life how we wanted to. Now, our relationship has improved because I am able to be the best version of myself!

I can’t thank Dr. Mike and Congruent Life enough! They provide hope and promote overall wellbeing for all of their patients. Dr. Mike not only encourages you to receive regular adjustments, but he encourages you to educate yourself. There’s so many things that chiropractic has done for me that I didn’t even know were possible. Through being a patient at Congruent Life, my ENTIRE life has been CHANGED for the better!”