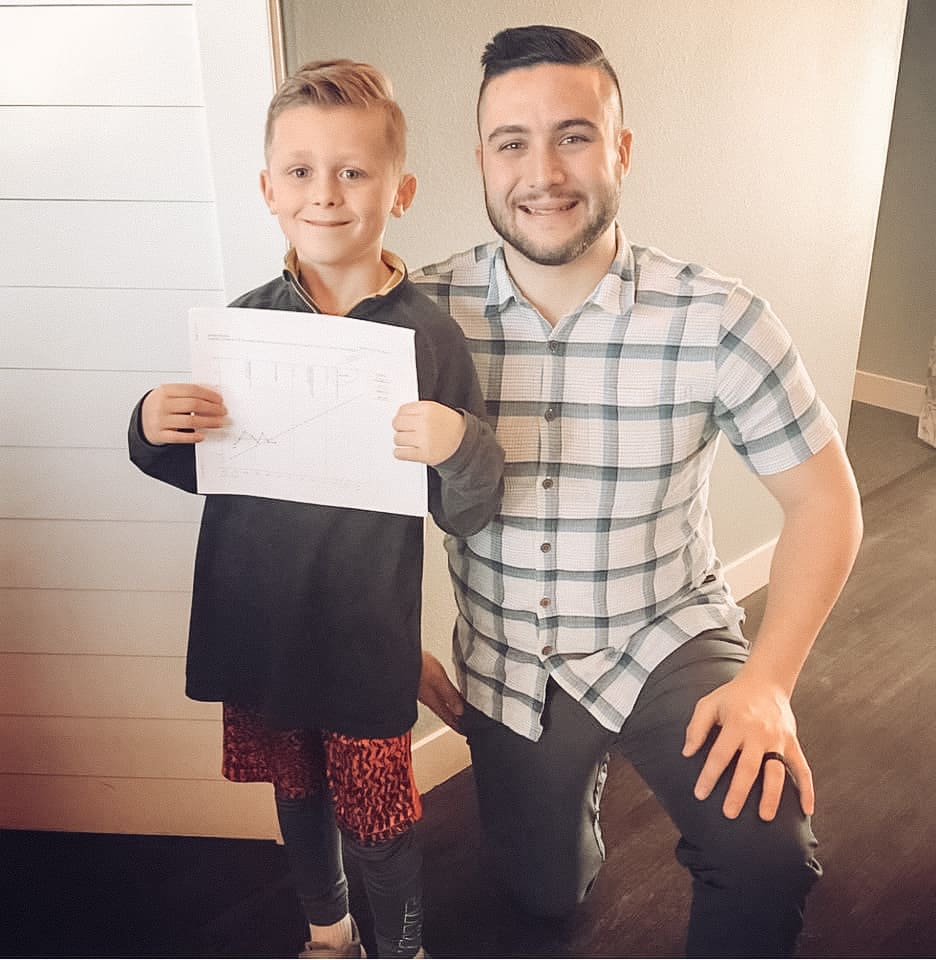 “Our Son, William, has been in speech therapy since he was 18 months old. He has been getting speech therapy 3 times a week for the several years. About 3 years ago he was diagnosed with speech apraxia which is a neurological speech disorder. At the age of 5 he was extremely hard to understand and he was not making much progress. All of our speech therapist have been absolutely amazing over the years and they have helped him significantly.

However, this past September, William started at CLC. His private Speech Therapist went out on maternity leave when he started getting chiropractic care. We hoped to see changes in his ability to deal with stress and behavior by seeing Dr. Mike but we had no idea that his ability to speak would dramatically change. The results speak for themselves! The dark line on this picture shows where he was before seeing Dr. Mike to where he is now! The gap in the dark line is the break he had with his private speech therapy, and the “WOW” is where he is now after his care with Dr. Mike. As his Grantwood AEA therapist put it, “This is simply amazing.” His private speech therapist came back from leave and she was shocked to see the progress he had made without having private speech therapy for 3 months!”