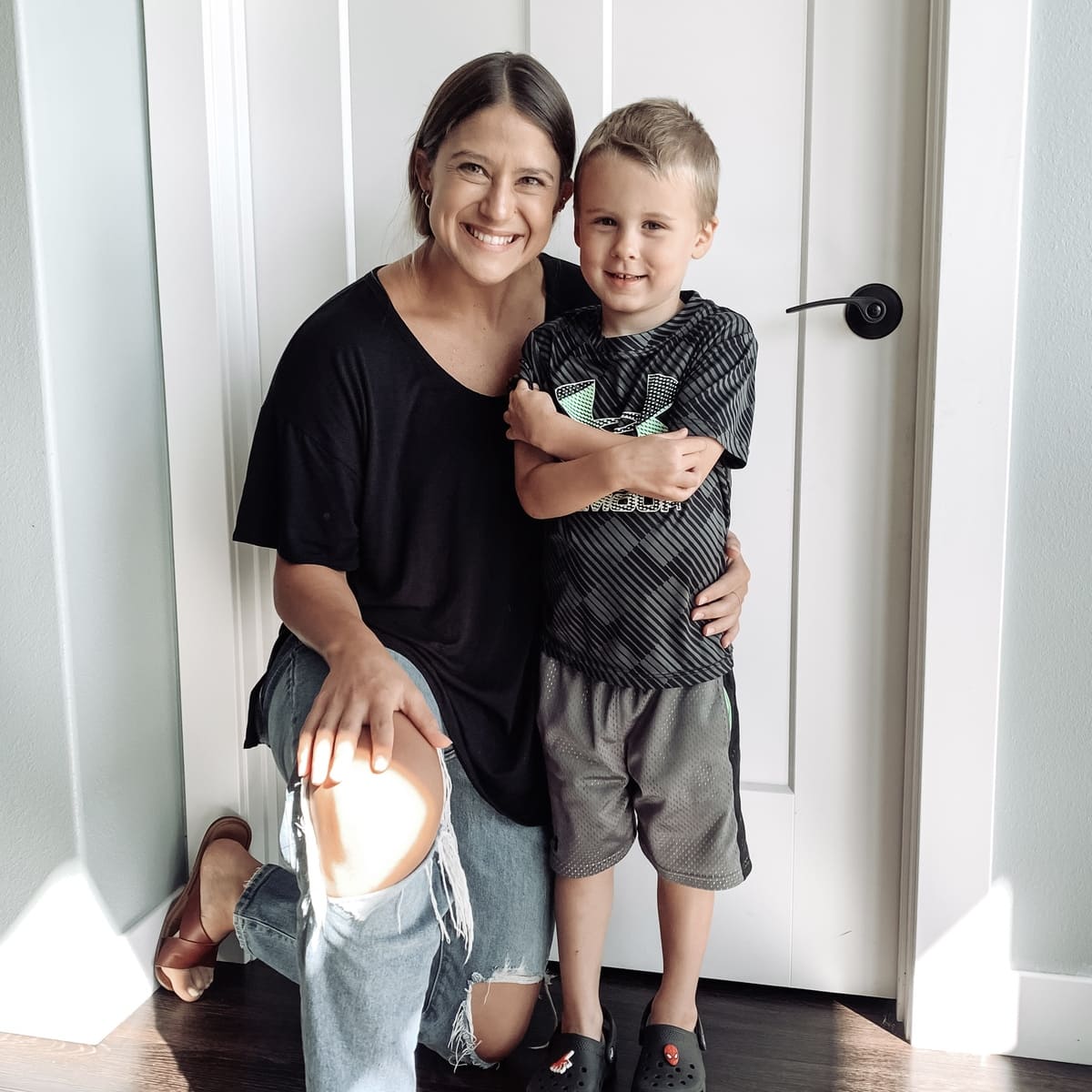 “The main reason we started Caiden at CLC were because of his allergies, but we ended up seeing many health improvements including his digestion! For the last couple of years, during the allergy season, Caiden’s allergies would flare up a little bit, but it wasn’t that big of a deal. They’d go away pretty quickly after a little Benadryl. My husband has allergies too so I’ve never really thought anything of it.  But this past spring it was a different story; they were SO BAD. It happened pretty much over night, pollen season came and smacked us  in the face. His eyes were so swollen, red, and itchy. He’s only 4 so he didn’t really know how to handle it, all he could do was whine and scream. We couldn’t go outside, I had to pretty much just sit him in front of the tv and hoped the Benadryl would kick in, but it just wasn’t helping like it had in the past. He’d just have to lay their with wash cloths on his face for comfort. Every day for 10 days he woke up with his eyes sealed shut with goop. He’d scream for me because he was scared he couldn’t see or open his eyes. It was right when the seasons were starting to change, the weather was so nice finally but we couldn’t go to parks with all our friends, we had to avoid all the fun activities. For those 2 weeks, he would react severely within just 10 minutes of being outside, itching all over the place… I was desperate for help.

I had been coming to CLC for a few years, and I love what you guys do here. Knowing that allergies are connected to the immune system, which is controlled by the nervous system, I knew we needed to try this.

On his initial visit, we got the scans done and they were indicating extreme stress in Caiden’s little body and nervous system.  I felt a little overwhelmed and sad, you want the best for your children, you want them to be healthy, he’s only 4 and his nervous system was showing all this disease and dysfunction. I was sad about it, but at the same time I knew that’s why we were here. He is so young and there’s so much potential for healing in his little body. You guys explained the more stress on the scans you find, the more improvements you expect to see; that gave me a lot of hope.

Since starting with adjustments, undoubtedly he’s doing so much better. He’s not getting these flare ups, and in general I can tell his system is just so much more CALM. He doesn’t have the itchiness or puffiness anymore. He used to have random skin issues, little bumps and areas of eczema which is happening much less frequently over all. We were just at the Johnson County fair and there was hay being thrown everywhere, his eyes started to get a little puffy and itchy, but he recovered so quickly this time. He woke up the next morning and he was completely normal; at that moment it clicked for me that his body was able to recover so well against that little, mini attack. It didn’t last 2 weeks like before, it was literally a few hours and he was fine again!! I know his body is responding a lot better than it was prior to chiro care.

It’s always been in the back of my head that something was off with his digestion as well. His stools have always been pretty inconsistent and he would experience a lot of bloating. I know how important good gut health is for a properly functioning immune system, and that the nervous system plays a key role in that. With adjustments, I’ve noticed his digestion has improved and his poops are more healthy and regular! His bloating has also improved significantly. That’s been really cool to see. I know his body is now able to detox so much more efficiently with the improvements in digestion.

I’m so hopeful for next year when allergy season comes around and pollen counts spike, that Caiden’s body is going to be able to respond so much better. And I just love knowing that chiropractic care is allowing his ENTIRE body to function better in addition. Caiden LOVES coming here now! He was pretty nervous at first even though he’d been watching me get adjusted for months, but with in a few adjustments he would hop right up on the adjustment table; the doctors are so awesome with him and made him feel comfortable so quickly!”