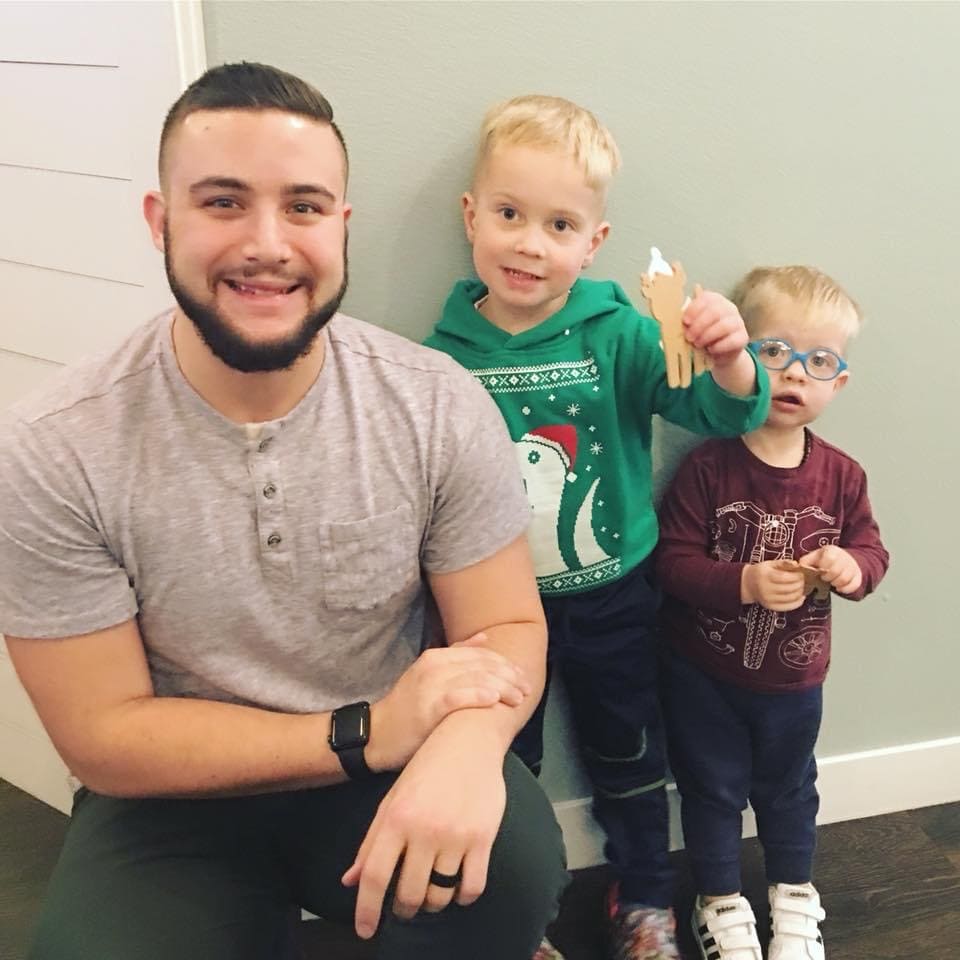 “We were drawn to Dr.Mike’s office in the hopes that he could help our oldest son with some anxiety and sleep issues. While he didn’t have what I would call “severe” anxiety, it did interfere with his ability to relax. He was chewing his nails down, I hadn’t trimmed his nails in almost a year. He was having some behavioral outbursts if things went off schedule even a little bit. We also were having trouble with him sleeping independently. He once had, but one illness threw all of that out the window and he was at a point in his development that he just needed to sleep with us.

After seeing Dr. Mike for a couple of months, his anxiety has drastically reduced. I have trimmed his nails twice! And even more amazing to me, is that he can just relax, if something goes differently than he expects, he handles it so well. He also has been able to sleep independently (on our floor) which I attribute to the ability to relax. I learned a lot about how subluxation can cause the body to stay stuck in fight or flight, and he was. Now he is not – and while he’s always been a very happy boy, he just seems so much more at ease. Since our oldest was going, we also decided to have our youngest seen (what could it hurt?!). We have noticed that he has been sleeping better too – if he wakes up in the night he is much easier to put down. He also has been sick one time since starting with Dr. Mike, and I truly think that it was much less severe than other colds he has had in the past – shorter, symptoms not as intense. Also, if he ever got a runny nose before he would automatically get an ear infection. That cold he had a runny nose but he did not get an ear infection! Both boys are definitely benefitting. Our issues were not intense to some standards, but it was affecting our daily lives. Improving their overall health has been my main goal and I honestly believe that with Dr. Mike’s help the boys are on the right track.

Since I was taking the boys to Dr. Mike, after a couple of weeks I decided to be seen for some ongoing back pain that I had experienced since being pregnant with my youngest. I also hoped that I could improve my health and lessen my anxiety. What surprised me the most is the improvement in other areas that I didn’t even really realize were a problem, because I just had dealt with them for so long! I have always had sinus issues and after a couple of adjustments I was breathing clearer than I have since I can remember. After a couple of months I have noticed my anxiety has lessened, but more importantly I feel like I have more patience. I don’t “pop my top” as quickly as I was. I was also stuck in fight or flight, and now I’m starting to feel the difference of coming out of that. My back pain has reduced dramatically. If I would do a hard workout before, I would have to take a few days off of exercising to let the back pain subside. I can do whatever workouts I want now without having that back pain immediately follow. And my favorite part is that my sleeping has improved. I didn’t realize how poorly I was sleeping – after all I have two young children! But I fall asleep so much easier now, fall into a deeper sleep, and if I wake up in the night I can fall right back to sleep instead of being up for an hour thinking of all the stuff I have to do. It is a blessing. Thanks Dr. Mike!

I wanted to share our story because I truly think that Dr. Mike can help such a wide range of people. Whatever end of the spectrum you are on, I would highly suggest giving Dr. Mike the opportunity to help you. We are a happier, healthier, more relaxed family thanks to Dr. Mike. We love going to the office, Dr. Mike is kind and empathetic, but the environment as a whole there is so family friendly! Mady, Victoria and Jen are so caring, it never feels like going to another appointment when we go. We love it. THANKS CONGRUENT LIFE!”