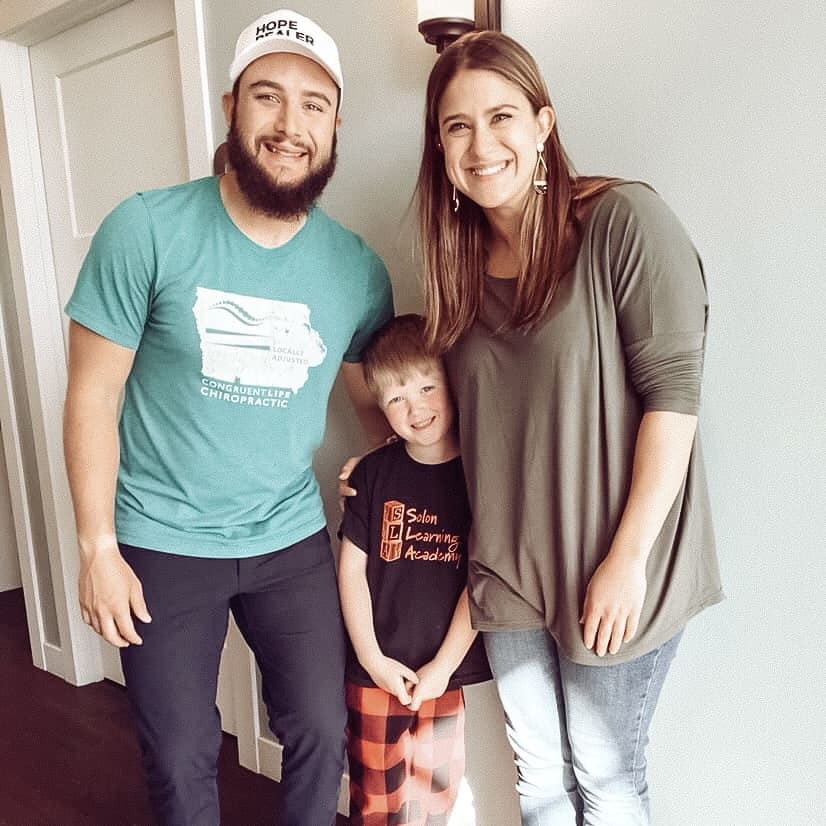 “Liam was diagnosed at 5 years old with an IGA deficiency which is an immunity condition. He battled chronic ear infections for which he has had two sets of tubes for. When he was 3 years old he had walking pneumonia 3 times over the course of the winter. The year before we started Chiropractic care he had strep throat 4-5 times in the span of 6 months. When he would get strep he would be down and out. Not just the typical “mom I have a sore throat” and fever, he would just physically get sick and be very fatigued, not want to eat and just out of it for a day or two before his antibiotics would kick in.

We felt so frustrated that we couldn’t keep him healthy. If anyone was sick around him, he would catch it right away. We felt helpless watching him suffer through illness after illness as well as two surgeries for tubes.

We had heard about CLC from some friends and how they really focus on correcting the root cause vs putting a bandaid on it. They aren’t your typical adjust the area that is hurting, they make sure your body as a whole is in alignment which helps in so many more ways than just relieving pain. We really love what CLC stands for and how they work with their patients.

Liam started kindergarten this year right around the time we started him at CLC. We thought for sure he would be sick all winter long going to school with a lot more kids. This winter has been the best winter he has had sickness wise! He got strep throat earlier this year and we had no idea. He was running around, eating just fine, but happened to mention his throat was hurting a few times. His tonsils didn’t look as bad as they would have usually gotten, but we decided to take him in just to be sure given his history. Sure enough he had strep but the way his body handled it was a complete 180 from what we had experienced in the past! He didn’t get physically sick, he was happy, had energy and was bouncing around like nothing was wrong!

We are so thankful for everyone at CLC. Not only is our 5 year old seeing some awesome benefits but so are my husband and I! All of us have been healthy and we feel great! We look forward to our weekly adjustments, and know they are a great addition to our health and well being!”