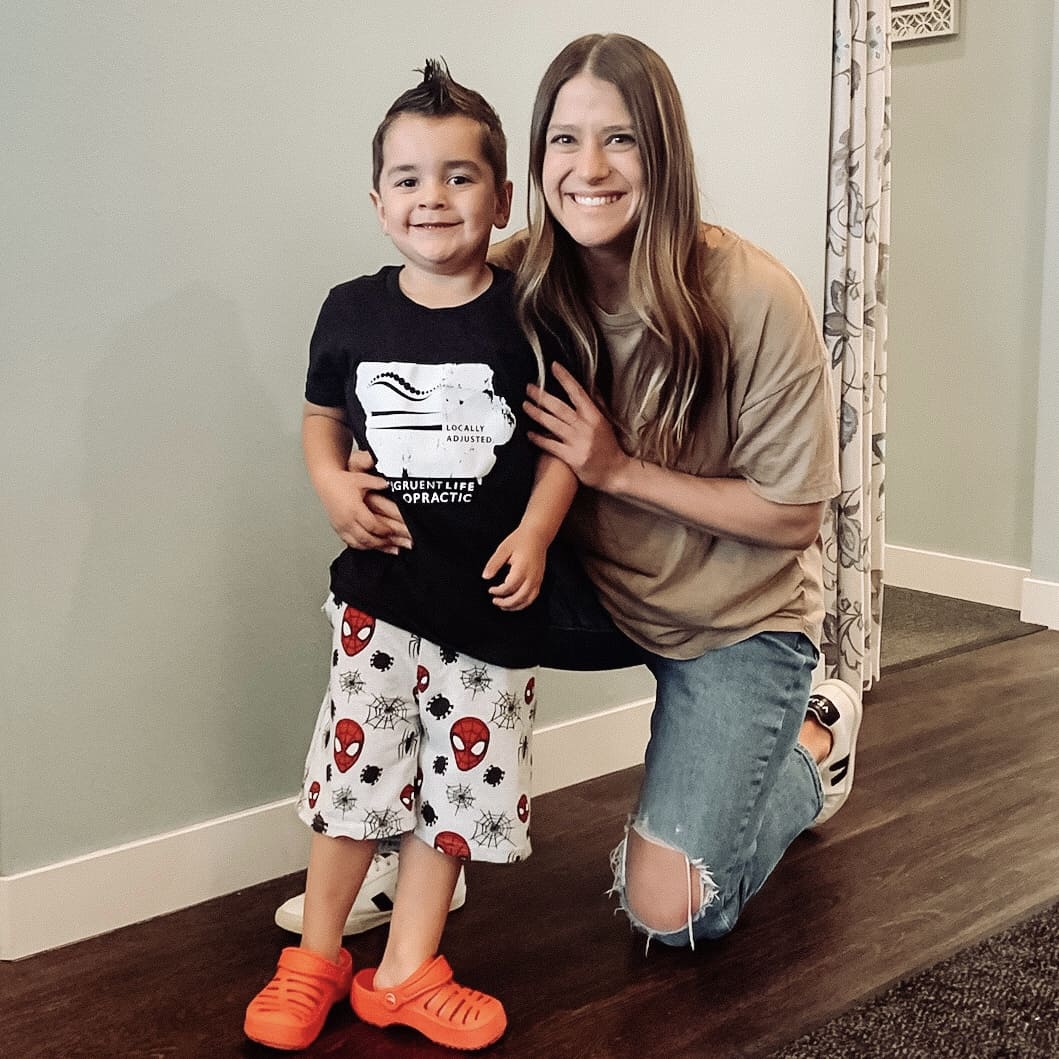 “I started Noah because he had fallen and hit his head; I wanted to make sure his nervous system was okay after being diagnosed with a concussion, little did I know there was so much more chronic health challenges Noah would finally be able to heal from when we began chiropractic care. When I sat down with Dr.Nikki and started discussing Noah’s history of severe asthma, allergies and eczema… and she told me chiropractic may be able to help Noah with all of these health challenges, my mind was blown. Chiropractic has completely changed his life.
Prior to finding CLC, Noah was taking A LOT of different medications at just 4 years old. He was taking 2 different daily allergy meds, using an inhaler at least 3x/day, and additionally we were doing breathing treatments up to 4-5x/month at home. We had to go to the doctor often for steroids and additional breathing treatments. His attacks have been so bad over the years, we’ve even ended up in the ER several times.

He wasn’t able to do simple things like play hard outside or run. When we would go to the trampoline park, he’d want to keep up with the other kids, it was honestly kind of scary at times because this would send him into a severe attack. I would have to talk to him about how he had to take it easier than the rest of the kids because of his asthma, it broke my heart. Before finding CLC, it never occurred to me that his nervous system may just be stressed and chiropractic was the answer to help his body truly heal.

Within the first few adjustments, my babysitter was calling me saying Noah was running around playing outside with the other kids, jumping on the trampoline all day long, and he hadn’t used his inhaler once, NOT ONCE! I was in a bit of disbelief. Normally, he would have to take intermittent breaks to use his inhaler several times while playing because otherwise he would start coughing and having an asthma attack.

Fast forward to now. After several months of care, all his health challenges have essentially gone away. He can be a kid now! He can run and play with friends without anything holding him back. I can’t even remember the last time he had to use his inhaler, we no longer have to do breathing treatments at home, and Noah doesn’t even have to take his allergy medications anymore! I’ve even seen improvements in his mood! He is a much happier kid because he’s no longer weighed down by all these health issues at just 4 yrs old. When the weather starts changing, or maybe he is fighting something… we always bring him in more frequently for additional adjustments to help his nervous system adapt to the stress more efficiently, and it saves me a lot of money compared to going to the ER and having to pay for all his medications.
I used to think about how I was going to have to tell Noah he couldn’t do track, or baseball or swimming when he got older, because it would just be too dangerous for him. I had convinced myself it just wasn’t in the cards for Noah, I really believed this was the limitation his body had and we just wouldn’t be able to ever get past it. I dreaded this conversation that I played over and over again in my head that I would have to have one day.

Once again, you showed me that wasn’t going to be the case for Noah, just like you did for me in my own healing journey. After getting Noah started with chiropractic care, I’m confident he WILL be able to do all those sports that he wants to do and simply be able to keep up with the other kids because his asthma is no longer holding him back. As a mom, that’s all you really ever want for your kids. You don’t want them to feel left out or like they are different. To have to limit his activities or exposure to the outside and being around others because of his health, it was heart breaking as a mom. It brings me to tears knowing that Noah does not have to live by those limitations anymore because of the healing chiropractic has provided us.

For you guys to break that barrier I had set for both Noah’s health and my own, I feel like God has provided in every way. If I hadn’t found you guys when I did, I fear that Noah would have missed years and years of playing with his friends. I feel like the Lord led me here and was telling me, “No Lisa, Noah is going to be able to play sports and this is where you are going to learn that his body does not have to have this limitation.” Here at CLC, you guys have just crushed all those walls and barriers I had put up for myself and my son. You’ve opened us up to a whole new view of our futures that I never really saw for either one of us. I couldn’t have asked for anything more.

When I started here, my goal was to be able to play with my son. And then I started Noah, and I just wanted him to be able to play with his friends. Our lives are completely different now. I feel like we are finally able to LIVE. If the Lord brought us how many thousands of miles from California, just for this, I am content in my decision to move to Iowa. You always hear things happen for a reason and you always want to know what those reasons are and why things happen the way they do, but I truly believe the Lord was closing those doors in California because he wanted us to get here to CLC to heal. It really is a perfect story.”