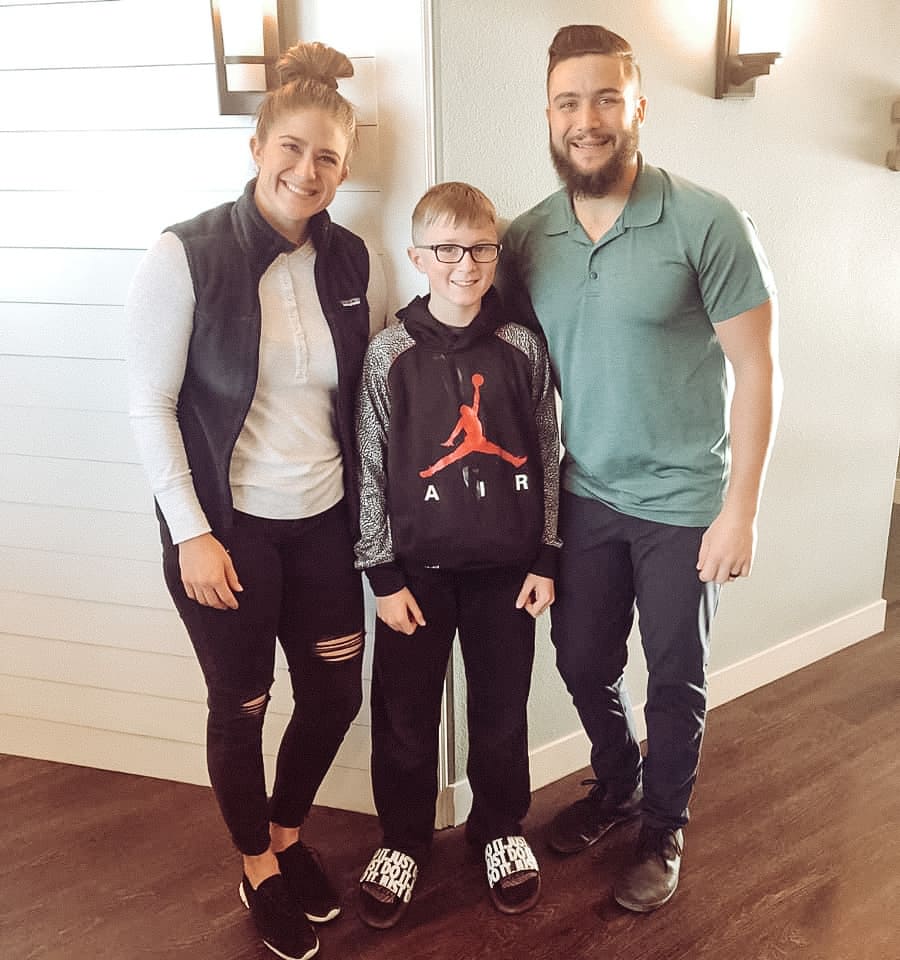 “Tyson has ADHD and before coming to CLC we were frequently increasing his medication over a years time. He had a decreased appetite due to the meds, and wasn’t gaining weight. It was also very difficult to get him to settle for bed, and often took us a couple hours with him getting out of bed 6-8 times before getting him to sleep. Because of his ADHD and dyslexia, he felt isolated socially and just wasn’t sure of himself. He started to become more introverted, and didn’t want to play or socialize at school or extra curricular activities.

It was hard to watch him struggle, and we would question what we did wrong or what we missed as parents. You just want the best for your child, so seeing him take steps back socially was tough.

When we first came to Congruent Life, when the doctors explained that they would be working to balance the sympathetic and parasympathetic Nervous System that made so much sense to me. As a nurse, my brain just totally clicked and I felt like this was the last piece of the puzzle! Because we weren’t adding anything like meds, or other things into his body… my husband and I felt like we had nothing to lose!

We first noticed that Tyson’s care was making a difference at night time! Before, bedtime would take hours and was very stressful. After starting care we were able to decrease the melatonin we gave him every night and he would be able to settle down and go to sleep within an hour! It continues to improve, and some nights he’ll be out within 15 minutes! Bedtime is a lot less stressful now! He has also come out of his shell a lot. He is treating his struggles with dyslexia and ADHD as his advantage! Before care when he was stressed or nervous, he would have trouble getting his words out. Now that his nervous system is more calm, he can process and say what he wants to say! Socially he’s doing a lot better, and he’s proven to people that he’s not “naughty” or “out of control”, but actually a really kind kid. He’s able to reel things in, and really pump his breaks on his own. We’ve also been able to decrease his ADHD meds! The decrease happens in stages, and we were able to go one step down after a few months of care! We are hopeful to decrease even more this summer! This was definitely our missing puzzle piece that beautifully compliments everything else we are doing for Tyson!”